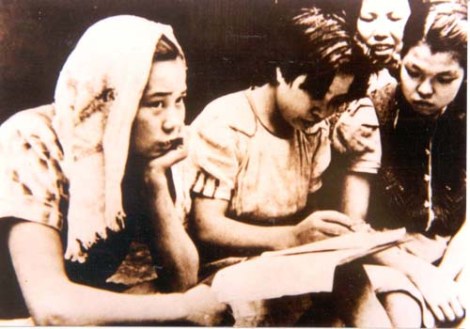 When the war ended with the announcement of surrender by the Japanese Emperor on August 15, 1945, Chosun (Korea) was liberated from Japanese colonial rule.  To this day, August 15th is celebrated as Liberation Day in South Korea, with great pomp and pageantry.  This was not a day of liberation, however, for many who survived the war, “comfort women” included.  The “comfort women” found themselves in desperate situations, as their testimonies attest.  Many women were killed by Japanese soldiers who attempted to conceal evidence of Japanese war crimes, while others were abandoned in countries far away from their homes and left to their own devices.  In some cases, the “comfort women” were rounded up as POWs by the victorious Allied Forces, predominantly consisting of US troops.  The people of Chosun, having been part of the Japanese colonial empire, were treated as Japanese citizens by the Allied Troops, and often kept in POW camps together with their colonial oppressors. In the War Crimes Tribunals holding Japan to account for their wartime actions, crimes against the people of Chosun were essentially written off as an internal/domestic matter for the sake of expediency, considering them citizens of the Japanese Empire, and thus no redress was provided for the victims of Japan’s colonial activity, forced labour, or the former “comfort women” of Chosun.

Not only the women of Chosun were ignored however; the “comfort women” issue was not dealt with in the Tokyo Tribunals of 1945, regardless of the women’s nationality.  Although rape and trafficking were illegal, particularly in the case of so many minors forced into the “comfort stations,” rape was treated as a crime of honour rather than as a war crime, which remained true in the international sphere until 1993, in the International Criminal for the Former Yugoslavia.  An exception occurred in a lower level tribunal held for Japanese war crimes in the former Dutch colony of Batavia (Indonesia), where charges were levelled against low-level Japanese military officials involved in the forced sexual slavery of the European children of white colonial settlers.

The “comfort women” issue, thus ignored by the international community, remained unsettled, as the racialized “Asian” survivors of this ordeal were left to their own devices.  Survivors, bearing physical, emotional and psychological scars of their ordeal, testify to their experience of rejection by their communities and even family members.  Many of the women came from cultures in which virginity was highly valued, and former “comfort women” tell stories of being abandoned by spouses and family, or speak of choosing to self-segregate due to a sense of being “damaged.”  Many of the women never received medical treatment and had ongoing health problems as they strove to survive in a world that provided them no support, struggling with illness, poverty, deep trauma and rejection by their own communities.  The “comfort women” issue remained predominantly invisible for close to another forty-five years, as the women endured their hardship in isolation.  It was not until the political landscape of the local and international sphere began to shift at the end of the Cold War that the issue was able to come to prominence, connected intimately with the development of a transnational movement calling for women’s rights to be recognized as human rights.

In response to the documents which came to light in 1992 proving government involvement in the “comfort women” system, then Chief Cabinet Secretary Yohei Kono made an official statement on the issue.  Acknowledging the role of government and expressing regret for the suffering of the victims, the Kono statement includes a commitment to “squarely face the facts…to study and teach the history” and to sort out the best way for the government to “express their remorse.” (see excerpt below) This statement may be the closest the Japanese government has come to expressing responsibility for the “comfort women” system, and in subsequent years, Japanese politicians distanced themselves from and, in some cases, even publically rescinded the sentiments expressed by Kono.  In many ways, the government’s conduct has magnified the trauma of the survivors, and in fact, has created further division and discord amongst the survivors and their supporters. (see Asian Women’s Fund below)  Despite the repeated claims in recent years by the Japanese government that this issue has been dealt with, Kono’s expression of remorse does not constitute an official government apology, and the Japanese government has yet to formally apologize through the mechanisms of government.  In recent years, as the international community has come to pressure Japan to meet the demands of the survivors, some right-wing politicians and agitators have taken out ads in US newspapers explaining that the Japanese government was not responsible for this issue, causing great anger and pain amongst survivors.

In 1992, in Seoul, the first weekly Wednesday protest of the survivors in front of the Japanese embassy began—protests that continue yet today.   The demands of the survivors form a guideline for us to understand the ways in which survivors suffering has been magnified through the lack of inappropriate response on the part of the government.   The seven demands, none of which have been met in an official capacity, are:

One of the most painful and contentious responses of the Japanese government to the demands of survivors was the creation of the “Asian Women’s Fund.”  Rather than taking direct responsibility and providing official government funds to compensate survivors, the Japanese government continued to maintain that all wartime issues were settled in treaties of the postwar period, and thus the AWF was created through the gathering of public donations and framed as an ‘atonement fund’.  Surviving “comfort women,” though only from certain countries with which Japan enjoyed close ties (South Korea, Taiwan, Philippines, Netherlands—leaving out North Korea, China, Timor-Leste, Malaysia, among others), could apply for a lump payment of support and a letter of recognition from the Japanese government.

Many activists of the “comfort women” movement and many of the survivors were quick to reject the AWF due to its unofficial nature, viewing it as a thinly veiled attempt to deal with the issue in a way that would prevent the government from taking official responsibility.  In South Korea, the activist movement lobbied their own government to provide survivors with financial compensation in lieu of this unofficial fund, but no such move was made in the other countries involved.  Accusations between the women themselves began to fly, and women who, driven by poverty and need, accepted the AWF package were ostracized and criticized by those who refused it.   This rift exists between the survivors to this day.  The AWF, after having paid out a limited number of survivors, officially dissolved in 2007. 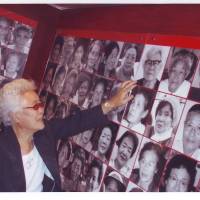 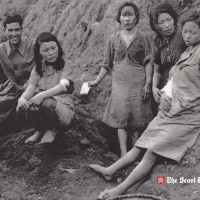 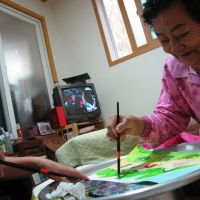